This was a recent morning verse and I added as a daily reminder for myself because it was a YES moment for me. I can think back to some pretty ugly days of  my past when I was just angry and ready to be a loud, noisy machine arguing with even those I loved but pretending like I had it all together in public. That is pretty standard behavior for mood disorders I think . Or perfectionist?

But, even after I found Jesus I still had some reconciling to do. This year, with so much quiet time I am finding the corners of my heart that still have bitterness. Those places  that still hold grudges. I have no one to answer to during this social distancing times but my one and only Savior. He can soften the spots. I can’t hide from him in the dark. I don’t have to pretend for him. Yes, those dark days are gone and I hope to speak with a softer voice now that He walks with me but I must be willing to surrender the hurt to welcome and extend love.

Love will heal. God is Love. 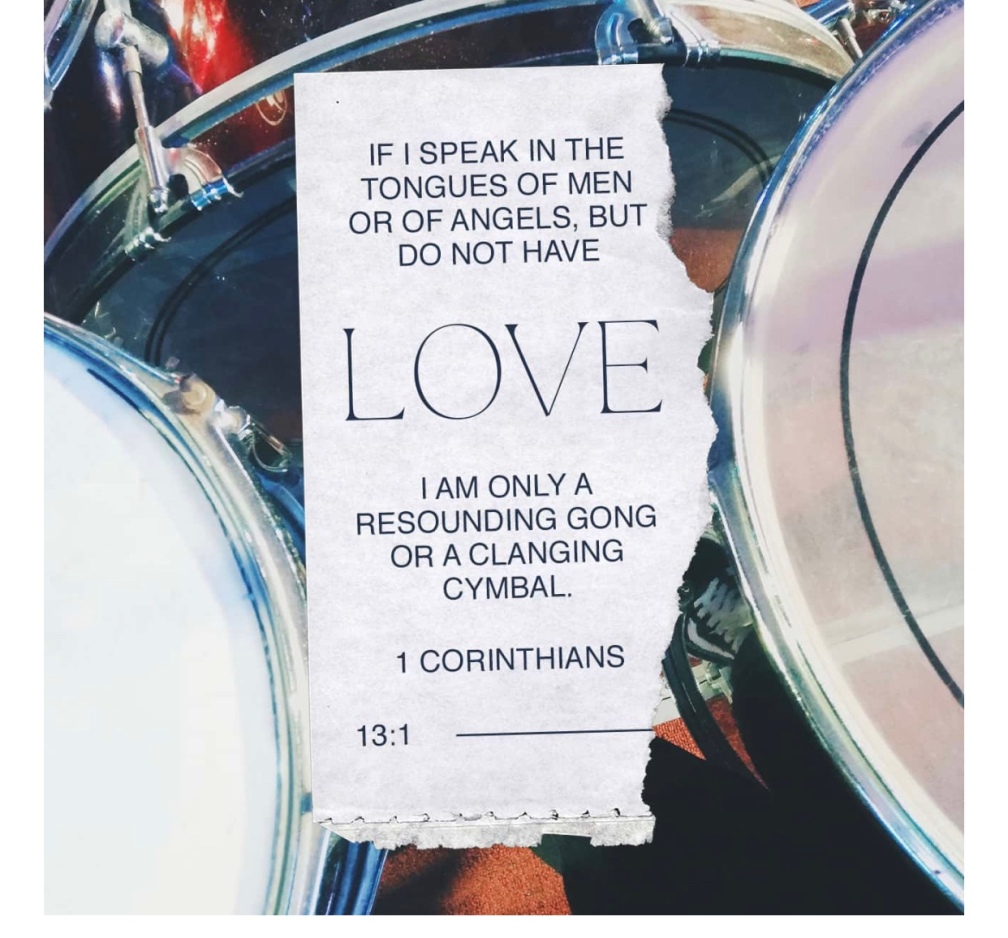 If you smiled today….
If you got dressed and brushed your teeth.
If you stayed sober.
If you laughed.
If you did anything remotely productive.
If you learned something new.
If you read anything.
If you took a walk.
If you told someone you love them.
If you ate a meal.
If you did something selfless for someone else.
If you sang a song.

I’m a single mother working two jobs. One full time and one from home all hours of the night. I am exhausted. But, I’m ashamed to say the words. If I’m honest and not overflowing with joy then I’m not Christian enough. Clearly, I must being sinning or doing something wrong. I must be lacking in my prayer life or in my commitment to my bible study. Could it be that I’m actually just physically exhausted? Does no one give us permission as single mothers to actually just sit and be quiet.

My number one goal is to provide and yes I trust in God completely but in this season, he is giving me the ability to provide by giving me the ability to work. However, that means I must work hard. In exchange, my energy is low. I am not a bundle of joy. I have a lot of work to do. My house is a mess. I have to still be a mother to a middle school child and give her my attention and love. Still, I must be a functioning educator to other middle schools and high school students, many of whom have no one to count on but me for a specific purpose.

Every bit of me is given to others. Yet, no one is giving back to me but my Father. I am depleted. Only The Lord provides and fills me up but in those moments , yes I just want to sit and bask in his love and sometimes, sometimes, all I want is his quiet light. I don’t mean to appear shy or timid or even cold, perhaps. I’m replenishing.

I just want Grace. I know I’m not always the overflowing bottle of joy that I should be, but my bottle is empty. I’m physically drained and as a single working mother,  I just ask for grace in this season.

Seasons. For Everything There is a Season, a Time for Every Activity under Heaven. Eccelsiastes 3: 1

I’ve always described my life as very seasonal. I’ve diagnosed my hiccups and episodes as seasonal, with large cycles of lows every four to five years. Major life events, just as career changes or moves, have always been quarterly. “It’s what I do.” A common thing I say. I never play the victim but I always say things are just in my nature.

For some time now, the summer has always been my moment to either completely fall into pits of deep depression or just completely go off the rails into manic episodes of bad decisions. Once even after returning from Disney World, yes the happiest place on Earth, I connected back someone I shouldn’t have and immediately fell into a dark place. (For another day, this person is someone who I had to admit was bad for my spirit and I had to cut all ties with completely.)

Stability is important. I have been working in education for seven years now. Immediately prior to that, I worked in the non-profit world and our disaster relief work focused on hurricanes, which are often late summer. Idol time, no schedules, no discipline, or stress. Those are the things of chaos for this bipolar person, as most I imagine. Even when I was teaching and that first week off hit and I gave myself an excuse. I felt I deserved a week to lay on the couch and watch TV all day. I didn’t even have to feel guilty because my child was at summer camp for a few hours, I could drop her off , go back to sleep, wake up, watch TV or waste hours online, go pick her up and we still had our afternoons and evenings. Harmless on the outside.

But on the inside, my inside, was just a wasting ground of sadness. A void was starting to open up and then I started to look for ways to fill it. My thoughts would run away to terrible places of ‘what if’, ‘why can’t I’, and ‘woe is me.’ Then, that’s where the alcohol comes in. Again, never once did I ever feel like a bad mother because the world and our culture makes it easy for us to think it okay right.

My child was safe. I lived with my parents. She never saw me drink. I would have wine after she was sleeping. I was always still a present mother. Even when I went out with that friend who couldn’t love me but I gave him my soul practically. It was after she was asleep and I would return before she was awake. Was I happy? I was miserable. I wanted to die. Literally. I would imagine moments and think of reasons why it would be so much easier to just die. That’s what depression is. The only think that kept me alive was my daughter, but there were moments that I even thought she would be better off without me.

Cycles this tragic didn’t happen that often. But, the past 10 years it was more frequent. Last year,  was better. I was still walking through the changes that were happening to me though. I chose to stop my medication completely, but that of course was not the answer. Brain chemistry is not something to play with. I am healed of so much, no doubt, but still take some pretty serious medication and I don’t want to compromise my health by trying to stop everything cold turkey at once. I tried that once, because I trust God. I trust him so much, but my brain and heart are being healed from above and I can’t totally shock my brain.

This year is  different though. I went in, as life has been more and more, with intention. The Holy Spirit has been speaking to me so clearly lately and I’ve just been soaking it all up and listening. It’s how I came to write today’s second entry on this blog. I wake up in the middle of the  night with something on  my heart and something I go write it down and go from there. Today, it was about seasons.

I’ve been quieter lately. I think often times people think I’m shy or mean or even angry. I’m just careful with my words and God’s been keeping my quiet. I’ve been healing after a few months of hurt. Things were happening my work life that really started to hurt me emotionally, so I need to stay in constant conversation with Jesus. In that, I think people have misunderstood me but today in prayer the Holy Spirit told me that he’s given me lots of words to share. Not to speak, but to write. I said this summer was for writing, and he’s holding me to it. The season of seasonal falls and lows is over. It’s time for a season of testimony praise.

I had been anticipating the launch of a particular new campus in my community for a few months. I was hoping to be a part of the early launch teams, but I didn’t feel like I was strong enough in faith to do that. This church was a part of my life when I was a student at a big university and it was something that continued to speak to my heart through my best friend who lived close to another campus. So, needless to say when September 17 rolled around I was more than ready.

The loss of my dad was something that was still near and dear to my heart and I was still hurting a great deal. When I walked into that auditorium on that day I gave everything I had to Jesus and my heart cried out so hard.  I walked up to someone that I knew and I told her how my sister and I had been fighting. Not just arguing, but a month before that day I was ready to hurt her. We prayed together and never looked back.

I was in a very dark place. Swallowed up in depression, anxiety,  and bipolar disorder. Medicated and barely feeling life.  I knew that my life didn’t belong to me and it was time to surrender it all.

I want to be perfect, and I’m not. I want to be liked, and I can’t always be. I hope this journey is a humbling one. One that keeps me on my knees. Head bowed.